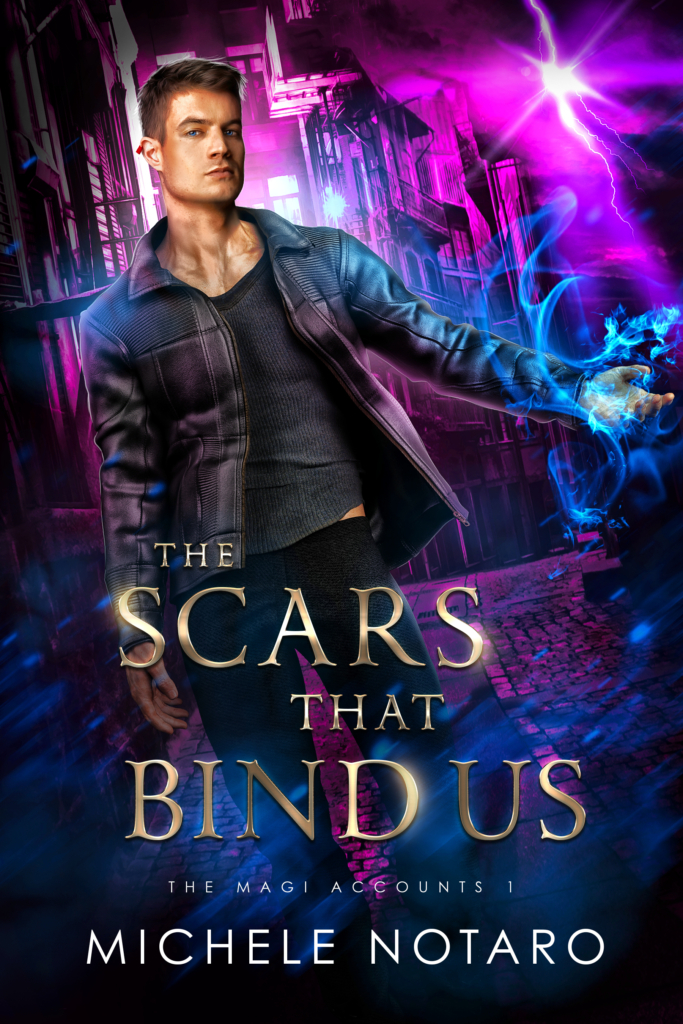 The Scars That Bind Us.

Sometimes the worst scars are the ones you can’t see.

World War III broke out 130 years ago when humans found out that my people—magi—and shifters were real. They’ve been imprisoning and enslaving our two species since. But now humans need our help protecting the world from the strange monsters they let cross the veil between realms.

Eighteen years ago, my world changed. Suddenly I was allowed freedoms I’d never had before, but I was still at the Non-Human Specialties Operations’ beck and call. Which is how I found myself on a team with my best friend, five shifters, and a human.

Now, I have to figure out a way to work with others—with shifters. I’ve never been one to trust easily, and I don’t see that changing, but this shifter pride has a way of getting past my walls. Unfortunately, all that means is now I have even more people I need to protect against the evils of this world, and I really don’t know how I’m gonna do it.

All three species have been at odds for more than a century, but maybe Cosmo—a lion shifter—and I can put aside our differences to work together and keep everyone safe. And if I’m secretly crushing on the guy, well, I think I’ll keep that to myself.

The Scars That Bind Us is a 115K word novel and the first book in the MM urban fantasy series, The Magi Accounts.

*Intended for adults only. Please read the trigger warnings at the beginning of this novel. 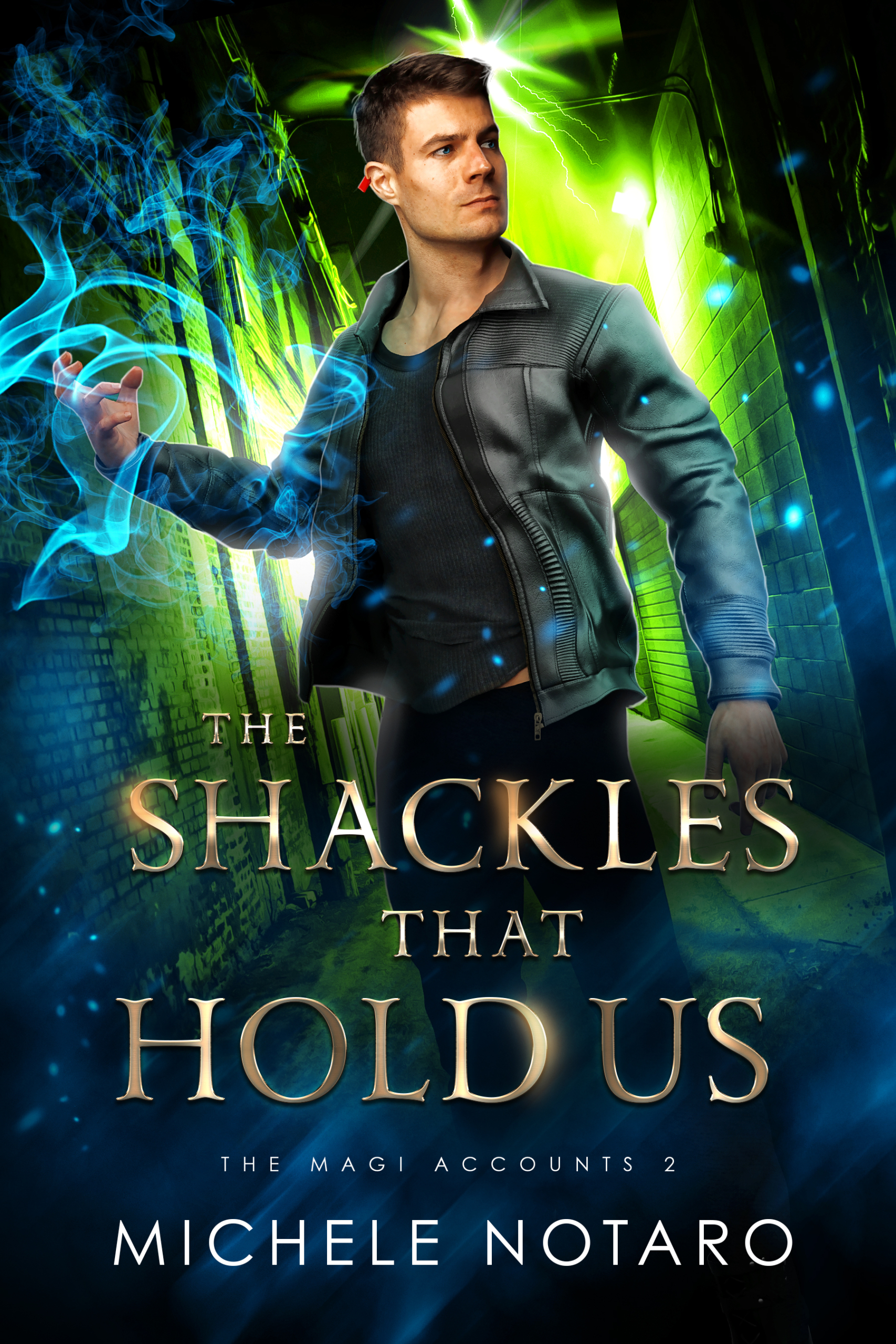 The Shackles That Hold Us.

As if crushin’ on a shifter wasn’t bad enough, I had to go and date one.

A mage and a shifter walk into a bar… No, that’s the whole joke.

Magi and shifters don’t mix, and yet I find myself in a relationship with Cosmo, a lion shifter. And on top of that, Cosmo, and all his pride members, consider my brothers and me to be a part of their pride. Three magi in a shifter pride. Who would’ve ever thought?

Navigating our connection while trying to figure out what’s going on in the world isn’t easy. Trusting that Cosmo means forever when he says it? Even harder. But if there’s one thing I’ve learned since meeting the Ono-Nais, it’s that taking a risk with my heart will be worth it to be a part of their lives.

The Shackles That Hold Us is a 113K novel and the second book in the MM urban fantasy series, The Magi Accounts. It’s recommended to read the series in order because it has an ongoing storyline.

*Intended for adults only. Please read the trigger warnings at the beginning of this novel. 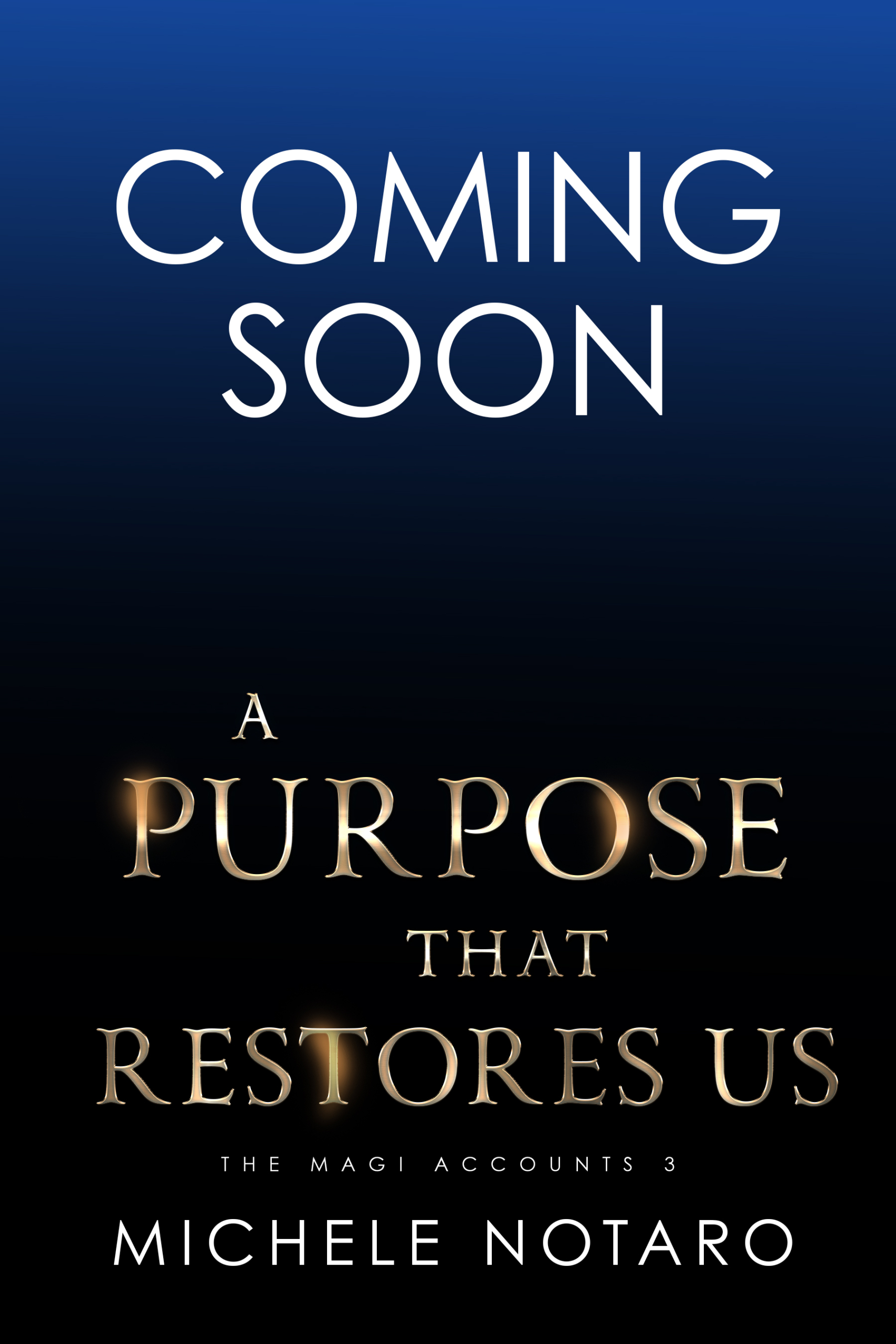 A Purpose That Restores Us.

Continue Mads, Cos, Jude, Logan, Charlie, and the rest of the pride’s adventures in Book 3 of The Magi Accounts. 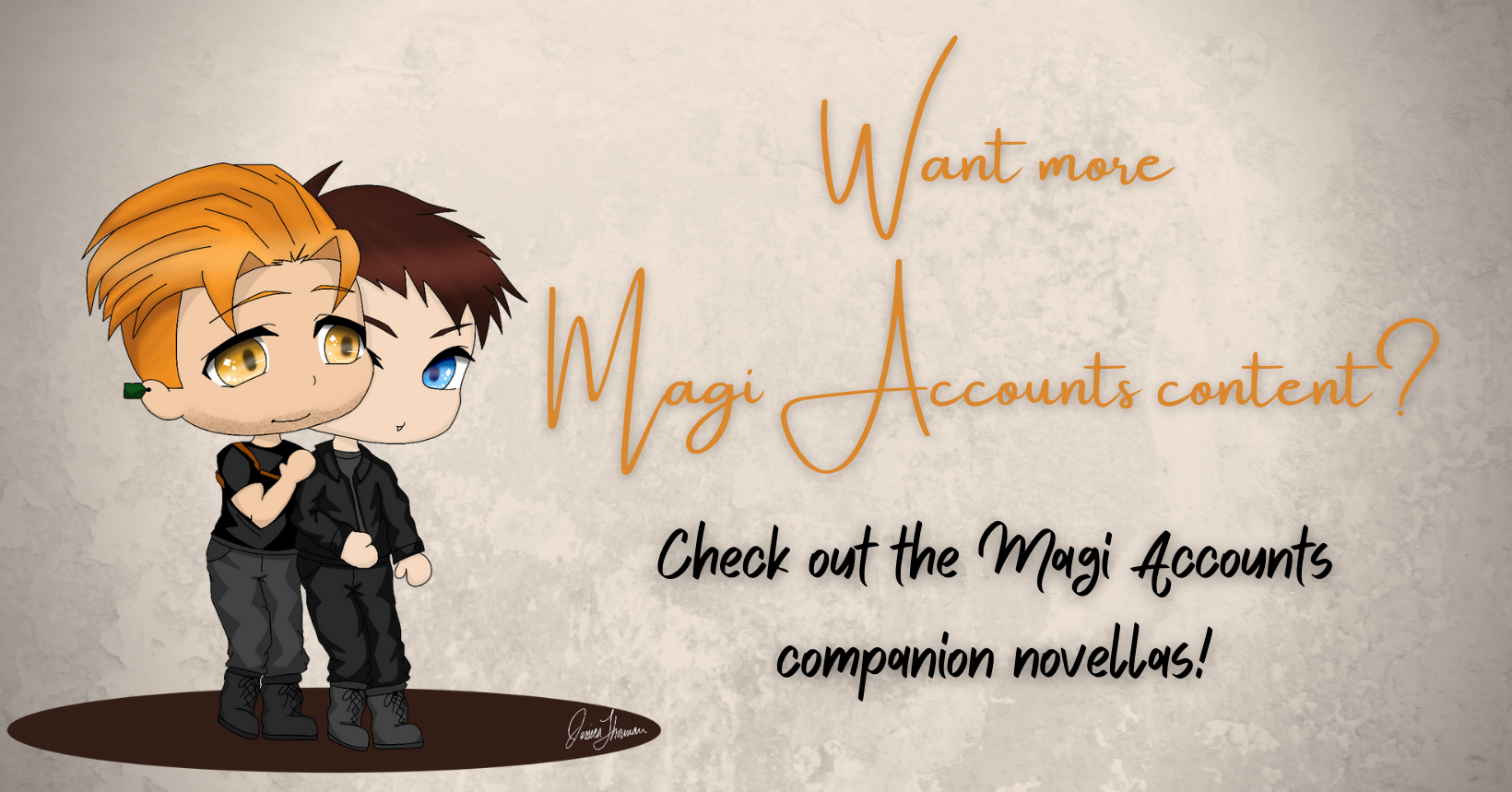 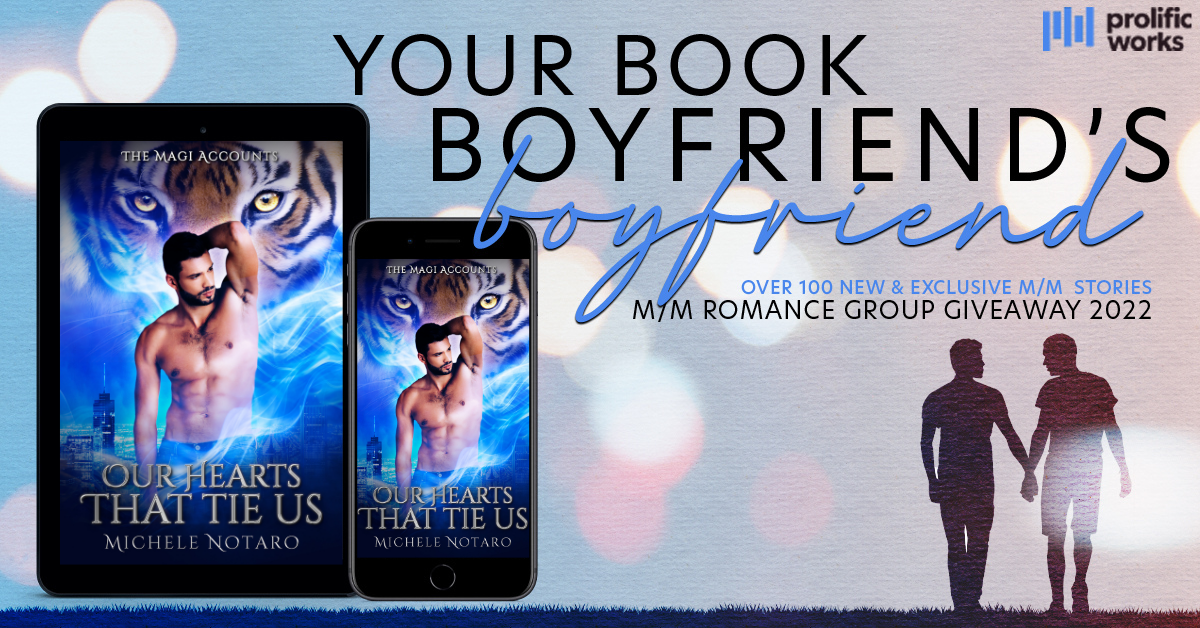 Check out the YBBB Giveaway on Prolific Works. Over 100 authors, including Michele Notaro, are giving away books for the entire year of 2022!

Claim your free copy of The Magi Accounts Prequel: Our Hearts That Tie Us. 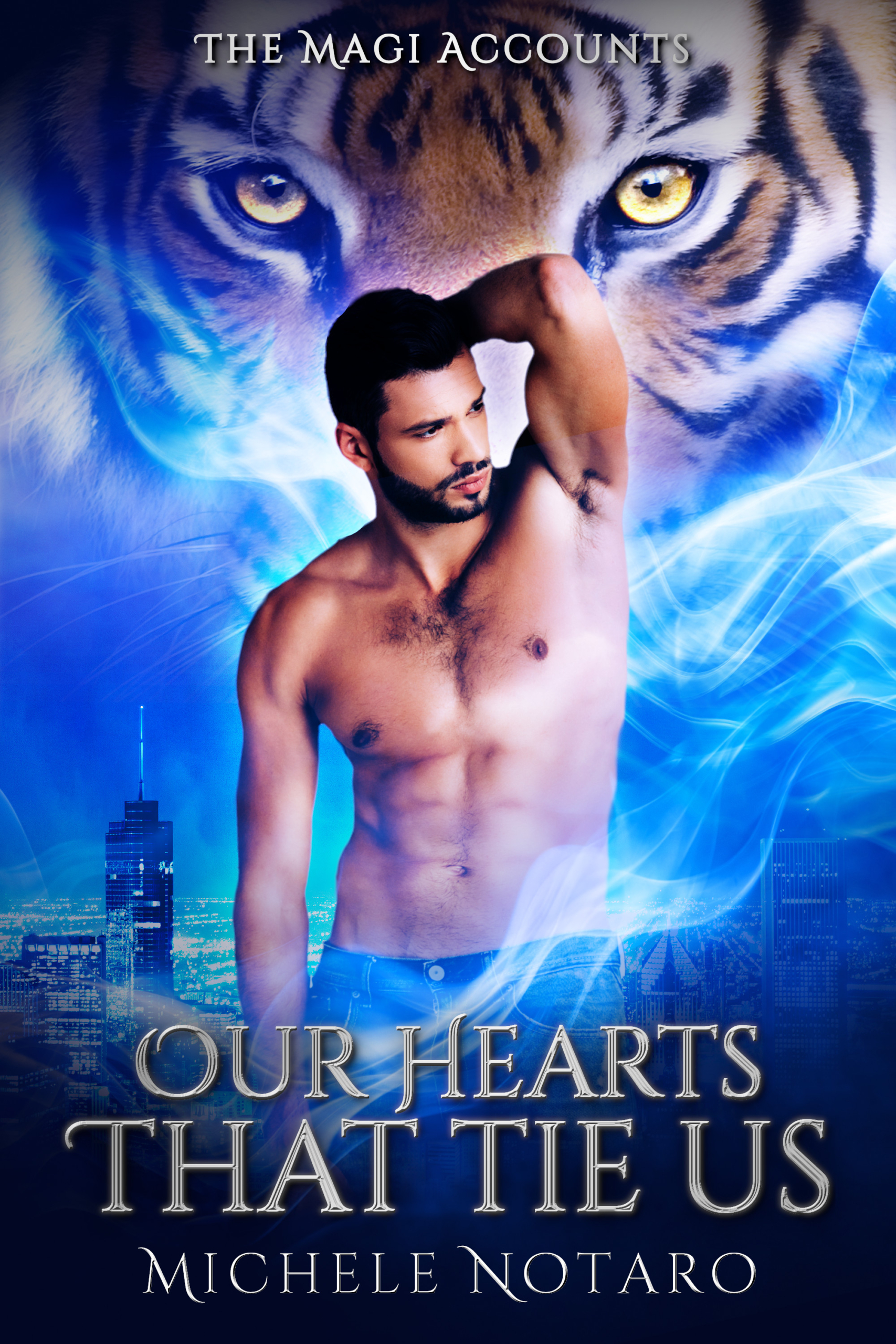 Our Hearts That Tie Us.

The first time I meet Benton Windros, I’m shocked by his kindness, especially knowing it’s coming from a shifter. Shifters and magi don’t really mix well, at least not usually, but it seems like Benton’s determined to break away from the norm.

Before I even know what’s happening, the kind tiger shifter is paving a way into my life, and if I’m being honest with myself, I don’t want to stop him. I’ve never been on the receiving end of so much tenderness, and now that I have it, I want to keep it… no matter what challenges and dangers the world brings us.

Our Hearts That Tie Us is a 27K word prequel in the new m/m urban fantasy series, The Magi Accounts.

*Intended for Adults Only.