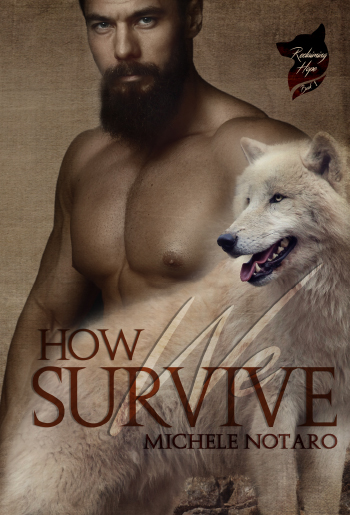 Nate~
With the world in chaos around us, the only thing I could do was try to keep Felix safe as we searched for our older brother. We’d been traveling for over two years, searching Ministry camp after Ministry camp and trying to steer clear of the Rebels. I didn’t know what to do when we ran into a whole group of shifters with guns. But then, the huge, gorgeous guy that found us did the unthinkable…

Tre~
At first I thought the two young shifters were trying to sneak up on me, but I soon realized they were only passing through. I was going to send them on their way until I heard the others coming. What was I supposed to do? How else was I supposed to save them? The delicious man and his brother would’ve been killed had I not claimed him.

Will Nate and Tre be able to work together to keep themselves and their packmates alive? Or will they let the cruelty of the outside world tear them apart?

***How We Survive is the first book in the Reclaiming Hope series, but is a standalone novel. Each book in the series will feature a different couple, but the couples will show up throughout the series. It’s a paranormal shifter romance between two men with explicit language and graphic sex intended for Adults Only.*** 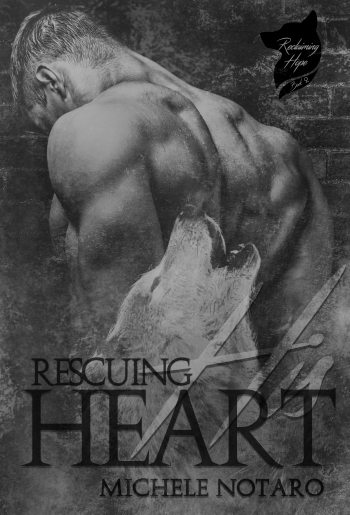 Kai~
I’ve been dreaming of him for about a year, but I don’t know why. I have no clue who he is. But when a crazed shifter captures me and starts torturing me for information about the blond-haired stranger, I start to realize that he might be the only one that can save me… and I have no clue how to reach him from the prison I’m trapped in.

Patty~
I can’t get that green-eyed stranger out of my head. I’m drawn to him… I know what he is to me… but he works for the enemy, for the Ministry, so he’s off-limits. Or at least he was until my worst nightmare started using him as bait. But what can I do? I can’t let him die just because he’s connected to me. I can’t let him die just because that bastard Edward has gotten his claws into him… but what can I do to protect him?

Will Patty be able to save Kai from Edward’s clutches? Will they be able to move past their differences and come together to save not only themselves, but their loved ones as well?

***Rescuing His Heart is the second book in the Reclaiming Hope series. Each book in the series will feature a different couple, but it is recommended that you read the books in order because you will get more enjoyment out of the story. It’s a paranormal shifter romance between two men and is intended for Adults Only.*** 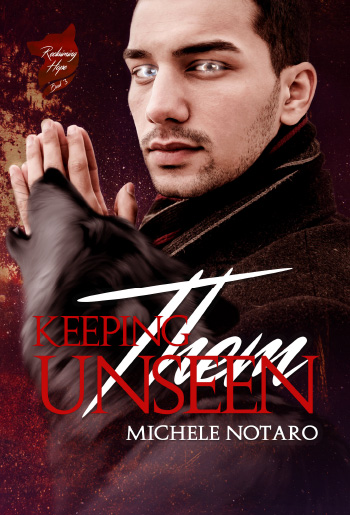 I used to think vampires were extinct, but it turns out, they’re merely hiding. When my pack stayed with some vamps a while back, I couldn’t believe how prickly and rude they all were… all but one: Dregan. I met him and my wolf went crazy, wanting to be close, wanting to rub up on him, wanting to bite him. It makes no sense. Vampire blood and shifter blood don’t mix. In fact, I’d never survive if I ever get a taste of what I so desperately desire. But I can’t get that vampire out of my head, even weeks and months after we left him.

When a little wolf caught my attention, I was surprised but intrigued. The more time he spent in my den, the more I wanted him to stay close. This little innocent wolf was driving me mad, making me want a little taste. But there’s a reason my den has been hiding for hundreds of years, and no matter how badly I crave that little wolf, I can’t have him. I couldn’t risk him getting hurt just to satisfy my needs, so I let him go. Though, nothing I do will make me forget how good he smelled, how delicious I know his blood would taste.

With something cruel and dark hunting Dregan and with Chris’s pack hiding from an evil force, will they ever be able to come together and help one another? Or will they let the evils of the world overtake them and let fear overshadow their desires?

***Keeping Them Unseen is the third book in the Reclaiming Hope series. Each book in the series will feature a different couple, but it’s recommended that you read the books in order because you will get more enjoyment out of the story. It’s a paranormal shifter romance between two men and is intended for Adults Only.*** 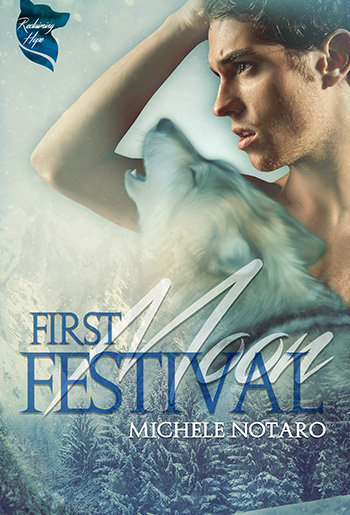 Being stuck in wolf form for over four years has been difficult for the youngest member of the Arlin pack. And it seems to be getting to Felix. The pack is on a mission to find a cure, but it will take some time, especially since they’re on the run and trying to stay out of the Dark Witch’s sight. But the others see how sad Felix is, so they want to cheer him up, and what better way to do that then to celebrate the First Moon Festival?

Meet the Arlin pack or catch up with them as they celebrate the First Moon Festival in the Reclaiming Hope world.

The first time I saw him, he took my breath away. He’d looked across the courtyard and made eye contact with me—his brown eyes that were bright and shining with silver around the irises—and I hadn’t been able to look away. I didn’t even know his name. All I knew was that I wanted to find him again and talk to him. The only way I knew how to do that was by becoming a bestower—a human that allowed vampires to feed from them.

His blood was more alluring than any other I’d encountered before, which was saying something. I wasn’t that old, but I wasn’t that young, either, so I’d seen, and tasted, my fair share of bestowers. But never had I smelled one that made me want to forget the rules, forget the consequences, and take him right here and now no matter who saw. I wanted his blood—and his body.

What will happen when human and vampire come together? Will one night of passion be it for the couple or is it possible that there’s more than only lust at play?

Finding Our Home takes place in the Reclaiming Hope world, but is a standalone novella. To read the series in chronological order, read it after Keeping Them Unseen.